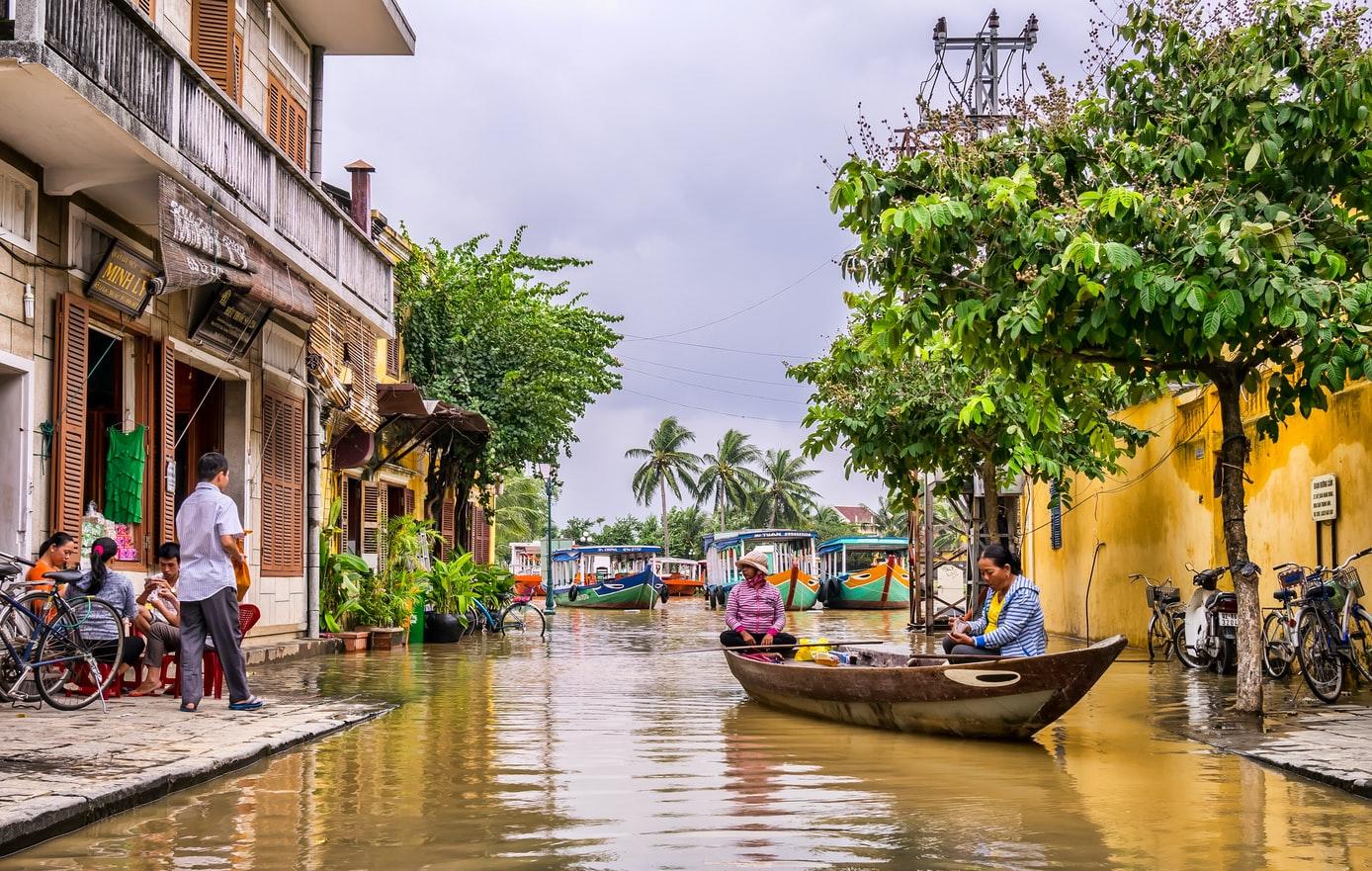 The world has changed. Life isn’t what it was before. Economies have been floored while businesses and governments alike are determining how to survive in this new, fragile environment. But some things haven’t changed. The private sector is still a critical growth driver and provider of essential goods, services, and employment. Governments around the world recognize this strength as they implement numerous policies to support business. Nor have disasters and crises ceased to happen. Droughts, floods, earthquakes, locust swarms, and other perils happen with increasing severity and frequency.

One thing we can say with confidence: such shocks will impact those who are least well-placed to cope and at a time when resilience has been ground down to a nadir. Populations will look to the state for a response that no government will be able to meet alone. What role can the private sector, which governments are fighting to support, play alongside the public sector to build financial protection so that governments don’t stand alone when future crises hit?

Bloggers in this series have highlighted how crucial insurance and other financial protection can be for households, businesses, and governments. In the face of heightened vulnerability to disasters and other shocks in the wake of Covid-19, markets for financial products that provide resources when they are most needed are essential for countries’ resilience.

Such markets are complex, take a long time to develop, and need to be nurtured carefully, especially in the early stages. Developed insurance markets such as those in the UK, the USA, and Europe have grown over centuries and now have access to huge balance sheets, lots of data, and a culture of insurance in the population. Yet this is sometimes not enough. Markets still require public support through subsidizing premiums, through making insurance compulsory, or by having government absorb the biggest losses. What chance do fledgling insurance markets have of growing to provide much-needed financial protection without public sector support?

So, how can public-private partnerships (PPPs) help?

Alone, the public or private sector will often fail. Governments aren’t set up to act as insurers and can be restricted by a lack of financial flexibility or expertise. Meanwhile, we expect that the private sector should develop products to meet need, but often it is not quite that easy either. Given the frequent focus on short-term profits, investment in certain products do not make financial sense when assessed over only a year or two. This lack of supply can be compounded by a lack of demand where there is no culture of insurance. Even in countries where insurance is commonplace, people don’t often like buying insurance unless they feel they have to (or if they are legally required to do so).

The public and private sector can play complementary parts. Certain roles— such as putting in place supportive laws and regulation, or paying for all or part of premiums—fall naturally to the public sector, while taking financial risk and paying claims typically will fall to the private sector. Private sector capital can supplement public sector finances, as highlighted in the World Bank’s Maximizing Finance for Development strategy. Other roles may be shared, such as generating and managing data on risk or advertising and explaining products. In fact, experience shows that awareness building is critical in developing financial protection schemes and requires a concerted effort from both sectors. 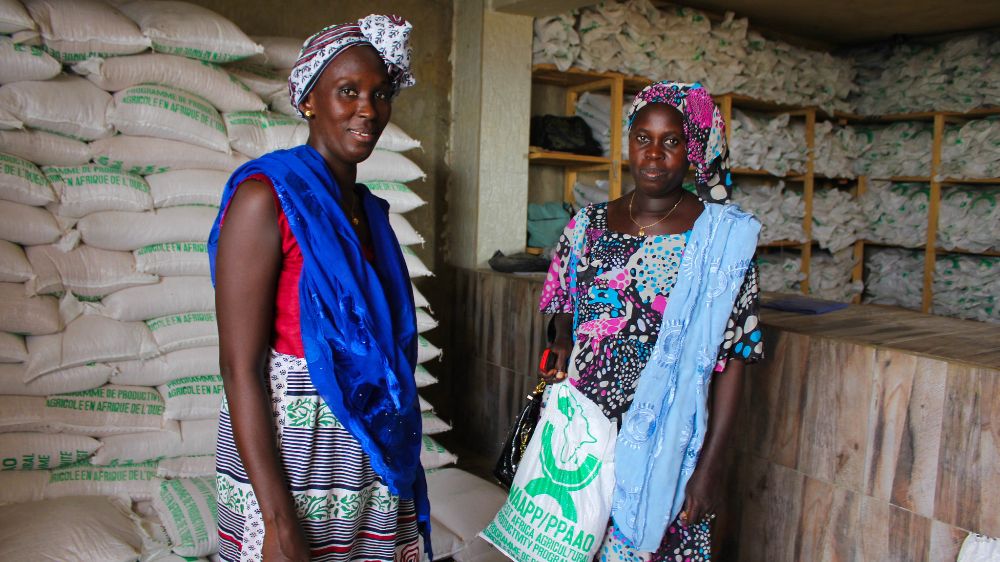 Photo Credit: Daniella Van Leggelo-Padilla / World Bank. Smallholder female farmers Ramata Niass and Faty Penda Niasse have already lost crops due to a lack of rainfall. They have come to the Tool Baye Seed Cooperative processing unit in Kaolack to benefit from a WAAPP seeds distribution.

As markets develop, the need for public sector input reduces with a market’s self-sufficiency. However, a look at even the most developed markets tells us that the public sector will always need to maintain some role in the partnership. Some risks are more than insurers can handle. In the UK and USA, for example, insurance markets were previously unable to provide insurance against terrorist attacks, thereby leaving buildings across major cities unprotected. In response, governments worked with private sector insurers to create Pool Re and TRIA. Those two risk pools encourage insurers to provide terrorism insurance by sharing the risk of losses between insurers and the government. Inspired by this approach and by other pools such as the TCIP in Turkey, governments and insurers around the world are developing similar schemes to encourage insurers to offer business interruption insurance that will protect against pandemics.

Through PPPs, governments can use powerful incentives to advance public policy toward objectives such as:

Reducing budget uncertainty: by creating environments where insurance companies can thrive, and perhaps through a “carrot” of paying for premiums (such as PMFBY crop insurance in India), markets can develop to protect vulnerable households and assets so that the potential burden to government of responding ad hoc—after the fact—is reduced.

Reducing risky behaviors: when financial risk is measured and communicated through the medium of insurance premiums, decision makers are more aware of the costs of different actions, incentivizing those which reduce risk. For example, building a house on a flood plain may be viewed as a necessary cost-management exercise, but when faced with an accordingly high insurance premium, construction in lower risk areas will become more attractive.

Increasing resilience to future shocks: physical resilience to shocks could be reduced by making insurance available only to those who take action to reduce their risk. In the UK, for example, Flood Re enables flood insurance for households across the whole country but excludes new properties built in areas with a high risk of floods.

Increasing financial inclusion: populations that have access to bank accounts, loans, and other forms of finance demonstrate a resilience to disasters, as well as other benefits such as increased investment, employment, and growth. Insurance schemes (such as the Kenya Livestock Insurance Program) are increasingly using private sector–supported mobile payments systems, alongside more traditional bank accounts, which increases the number of people who have access to financial systems. The decreased risk stemming from adoption of financial protection products can also make banks more willing and able to lend to insured households and businesses at affordable rates.

In recent years we have seen a huge number of innovations, both in terms of protection against new risks (for example, cyber) and, but also improving the quality of existing products. Novel features that have resulted from private and public sector innovation in insurance markets include: using wearable technology for those covered by health insurance to incentivize healthier lifestyles; driver tracking for car insurance to incentivize safer driving; use of satellite technology in agricultural insurance to determine payouts; and artificial intelligence customer service, sales, and claims to simplify and reduce costs of household insurance. When provided with the right conditions, the public sector and private sector can together develop new products to address the constantly evolving challenges faced by individuals, businesses, and governments.

Such new approaches don’t need to be at the cutting edge of technology. Through PPPs, established products could be developed into new markets for which Covid-19 has exposed a need. For example, business interruption insurance, which notably protected the Wimbledon tennis tournament against its cancellation that occurred in 2020, can play a crucial role in supporting firms and workers from shocks such as pandemics and natural disasters. 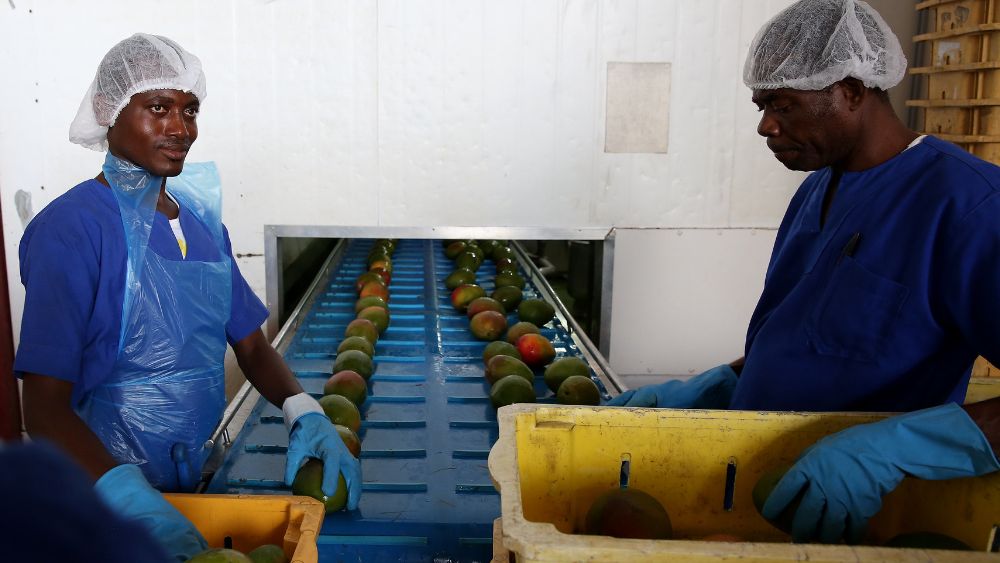 Around the world are examples of public-private partnerships whereby collaboration has developed insurance and financial protection for agriculture, property, health, business activity, and disaster response. The potentially catastrophic impacts of disasters and crises can be too substantial for individuals, businesses, or even governments to bear alone. Insurance markets, risk pools, and other financial protection schemes can be used to great effect to increase the level of national financial resilience.

Photo Credit: Toomas Tartes. Every year in the rainy season, after weeks of rain, the streets of Hoi An in Vietnam get flooded.

To view this blog in a MailChimp setting, click here. 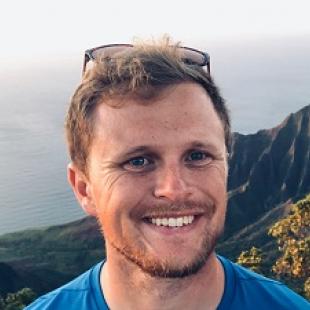 John Plevin is a Financial Sector Specialist working with Crisis and Disaster Risk Finance global team at the World Bank. John works in countries across the world to develop financial protection programs for governments, businesses and vulnerable households.

…
He leads the Agriculture Insurance Development Program which supports governments to build public-private partnerships for financial protection against agricultural risks. Prior to joining the World Bank, he worked in the UK financial sector before working for the UK Government, advising Ministries and developing programs for the financial management of risk. John is a Fellow of the UK Institute and Faculty of Actuaries and holds a First Class degree in Mathematics from the University of Edinburgh.
Expand