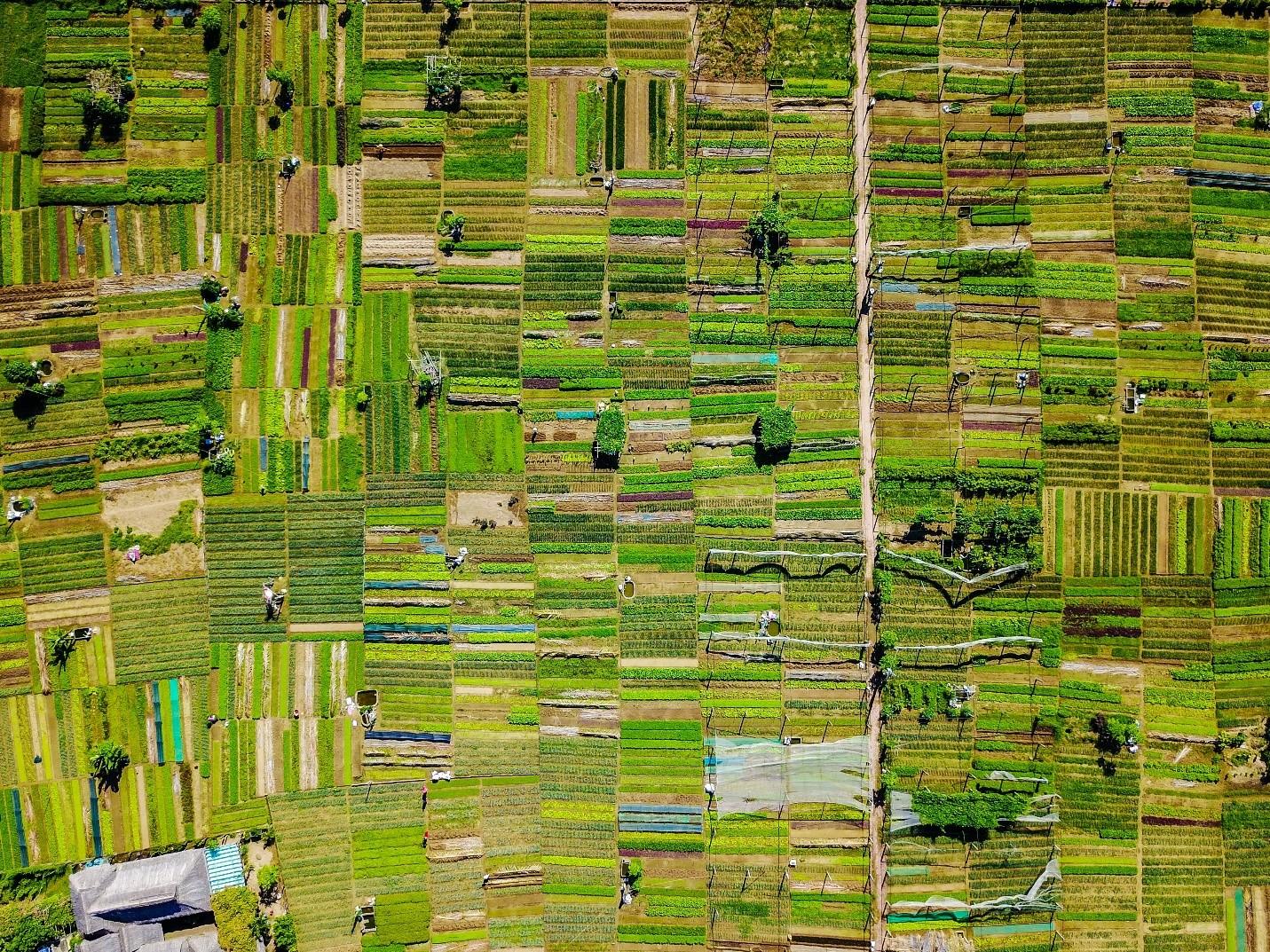 Today, more than 746 million people suffer of food insecurity. This is compounded by the direct and indirect effects of COVID-19 which is estimated to push another 150 million+ people into extreme poverty in 2021. This is exacerbated by an increase in the number of people affected by climate shocks such as drought events (Figure 1). Climate change, widely acknowledged to be a threat to food security could, in worst-case scenarios, double the number of people in need of humanitarian assistance, resulting in costs of up to US$20 billion annually by 2050. 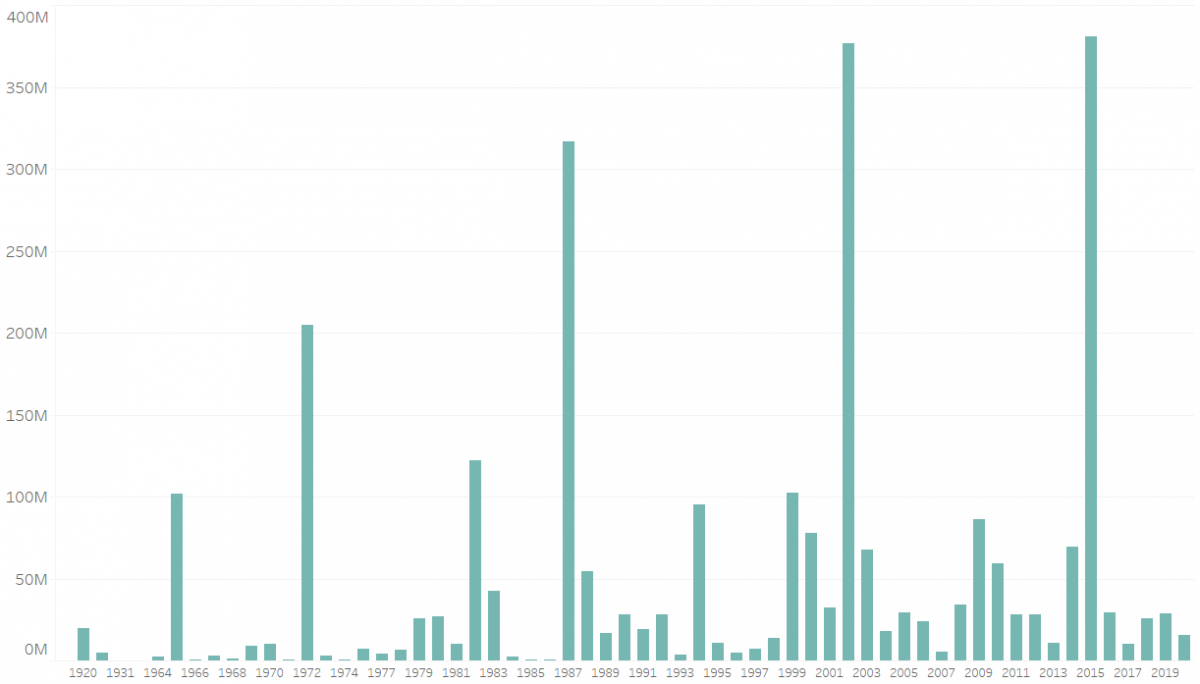 There is growing evidence that some of these impacts can be mitigated by the added value of disaster risk financing and anticipatory action. Pre-agreed risk modeling frameworks and payout mechanisms improve the speed and efficiency of financial response during stressful times, in turn saving lives, reducing fiscal impact, and protecting development gains. However, understanding the actual severity of a drought can take several months. Information such as impact of drought on livelihoods and on the economy only materializes long after the event has started to develop.

Drought risk indicators are very early proxies that characterize the expected, ultimate severity of an unfolding drought event. They can be computed months before the actual harvest thus allowing for better planning and action to alleviate the effects of drought. However, heterogeneous clients’ needs, and the relative opacity of currently available drought risk information call for more accessible, transparent, and flexible drought risk financing models that can adapt to the needs and capacities of each target country.

Like political violence and conflict, droughts are a significant cause of food insecurity. However, as a slow-onset phenomenon influenced by climate change, droughts are particularly challenging from a risk modeling, financing, and insurance perspective for the following reasons:

The Next Generation Drought Index (NGDI) platform aims to fill this critical need and provide access to the latest and most reliable drought risk information. Spearheaded by the World Bank’s Disaster Risk Financing and Insurance Program (DRFIP), in close partnership with the European Space Agency’s Center for Earth Observation (ESA/ESRIN), the project has been supported by the International Research Institute for Climate and Society at Columbia University, and focuses on bridging the gap between satellite technology, risk modeling and decision-making.

The World Bank DRFIP-ESA/ESRIN partnership is a cornerstone of that project. It leverages satellite technology, big data and predictive analytics for improved pre-arranged financing. A good example is the use of Copernicus, the world’s largest single Earth observation programme – 30 satellites between 2014 and 2030 providing services dedicated to environment monitoring and emergency management - with a full and open data policy. Through the ESA partnership, the NGDI platform facilitates access to pre-processed Copernicus data of high-quality, operational, open, and free, to support decision-making and at-scale implementation (see Figure 2). 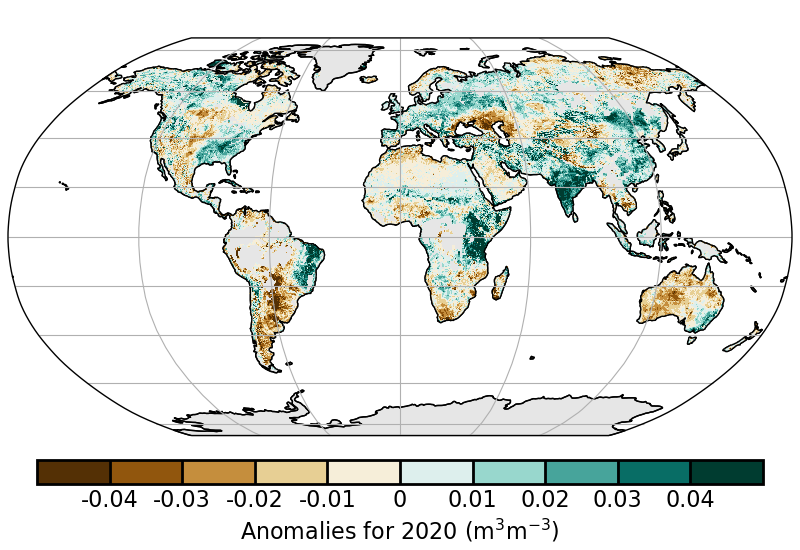 The NGDI is Unique in Several Ways

First, it relies on a co-design process whereby clients generate their own drought risk indicators from a wide selection of pre-processed models and data sets.

Second, NGDI is based on a convergence of evidence approach. In contrast to existing products, the NGDI platform does not assume a “best” dataset or index to monitor drought. Instead, it offers a wide range of variables to be combined into higher-performance drought indicators which, together, offer a more comprehensive view into the plant’s health, the soil moisture conditions and the weather environment.

Third, NGDI enhances the accuracy of predictors. Statistical techniques adopted by the NGDI—such as detrending (removing long-term behavior or bias in historical data) and pattern identification (e.g., determining which regions are likely to be affected at the same time)—help generate an entire catalog of potential events that is a better predictor of the future. Allowing more accurate estimations of drought and in turn, more impactful anticipatory action and early response finance.

For more information on NGDI, please get in touch with Antoine Bavandi, Chris Aubrecht and Markus Enenkel. And stay tuned for our next blog on 3 Reasons why the Next Generation Drought Index (NGDI) is redefining drought risk indicators! 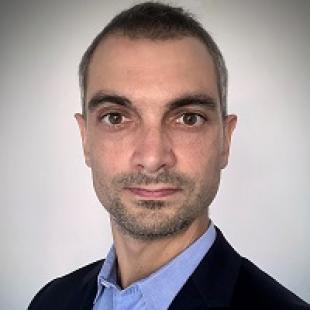 Antoine Bavandi is a senior risk finance specialist with the Crisis and Disaster Risk Finance team at The World Bank. In this role, he advises developing countries on designing and implementing disaster risk financing and insurance solutions through analytical work and policy dialogue.

…
n DC between 2016-2020. GDA is part of the ‘Space in support of International Development Assistance’ (Space for IDA) initiative, jointly implemented with WB and ADB. Chris also currently serves on the GEF and GPSDD Technical Advisory Groups.

Chris has lived and worked on 3 continents and gained experience across academia, public and private as well as intergovernmental institutions including World Bank, GFDRR, NOAA, Astrium, and the Austrian Institute of Technology. He has guest lectured on dynamic spatial modeling and Earth Observation for Sustainable Development at universities in Europe, North America, and Asia, incl. an appointment as visiting professor at University of Vienna. Chris holds a PhD in integrated GI science and remote sensing from Vienna University of Technology, a prior Master’s degree in geography and GI science from the University of Vienna, and certificates in executive leadership and management development from Harvard University.

…
He supports the World Bank’s Disaster Risk Financing and Insurance Program focusing on the Next Generation Drought Index project and related activities in the area of extreme climate, food insecurity and conflict. Prior to joining the World Bank, Markus Enenkel coordinated or supported the disaster risk management activities of several humanitarian and development aid organizations in Latin America, Africa and Asia. He is currently a coordinating lead author of the upcoming UN Global Assessment Report on Disaster Risk Reduction and was selected to represent Austria in the Group on Earth Observations’ disaster risk reduction working group. Mr. Enenkel holds a PhD in microwave remote sensing from Vienna University of Technology and completed his post-doc at Columbia University.
Expand