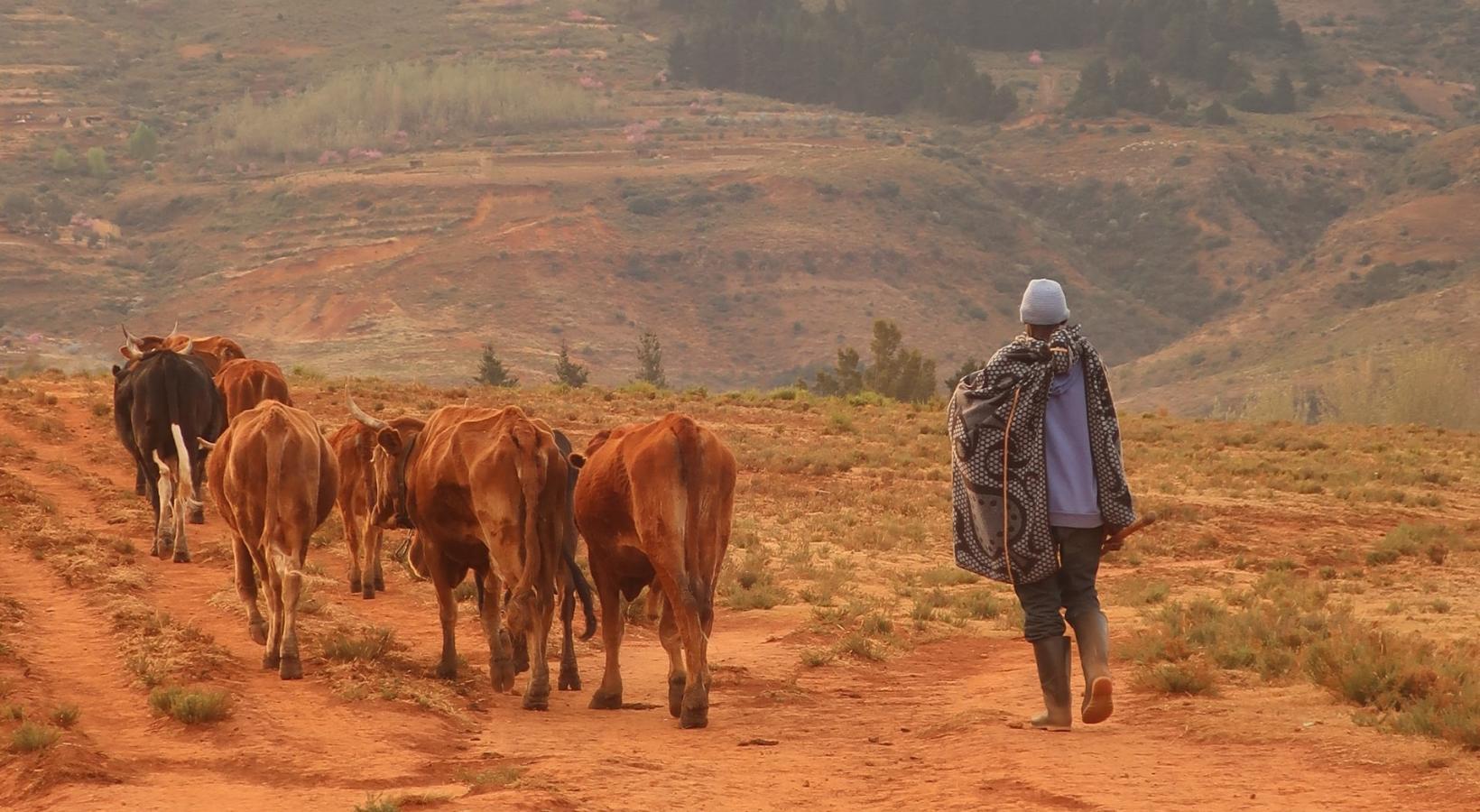 The mountain Kingdom of Lesotho like many countries is no stranger to disasters. The landlocked small state of 2.2 million people is continually buffeted by multiple shocks, primarily drought but also flooding, frost, hail and storms. The country was in the throes of responding to a catastrophic drought as the COVID-19 coronavirus insipidly yet inevitably advanced into Sub-Saharan Africa in February 2020. This drought was so severe that the UN said it was ‘one step away from famine’ - highlighting the acute risk of compound shocks in Lesotho which jeopardize efforts to improve the lives of Basotho. In early 2021, still battling against the incessant COVID-19 pandemic, Lesotho was hit by heavy rains that caused infrastructure damage, worsening the already critical situation.

Indeed, disasters and their consequences to people and the economy consistently pressure the budget and progress on the development agenda. The Disaster Risk Finance Diagnostic for Lesotho found that Lesotho spends on average 1.6 percent of its budget on disaster response, increasing to 2.6 percent of the budget for 1-in-10 year shocks.  The cost of responding to the recent heavy rains is estimated at $28 million,2.3 percent of the budget. Yet more distressing than the erosion of the budget, disasters intensify the acute challenge of hunger in Lesotho. On average a quarter of the population were food-insecure between 2003 and 2018 each year.

As with every country globally, COVID-19 has dealt the economy of Lesotho a severe blow adding to the tragedy of the lost and impacted lives. A recession is expected in 2021 with the GDP projected to decline by 5.8 percent after years of a sluggish economy with annual growth of c.1 percent between 2015 and 2019. In addition, financing the response to the COVID-19 pandemic is a double blow to the budget, both reducing revenue and increasing expenditure, ballooning the financing gap from 3 percent to 13 percent of GDP in FY2021/22. A level which the Minister of Finance deemed challenging in his February budget speech.

The Disaster Risk Finance Diagnostic for Lesotho, published in December 2019, included several recommendations to strengthen financial resilience. The response to the COVID-19 pandemic, however, motivated the Ministry of Finance to prioritize the following three recommendations: develop a national disaster risk finance strategy; increase the amount and improve the timeliness of resources mobilized for disasters and strengthen budget execution systems for targeted support to affected households. 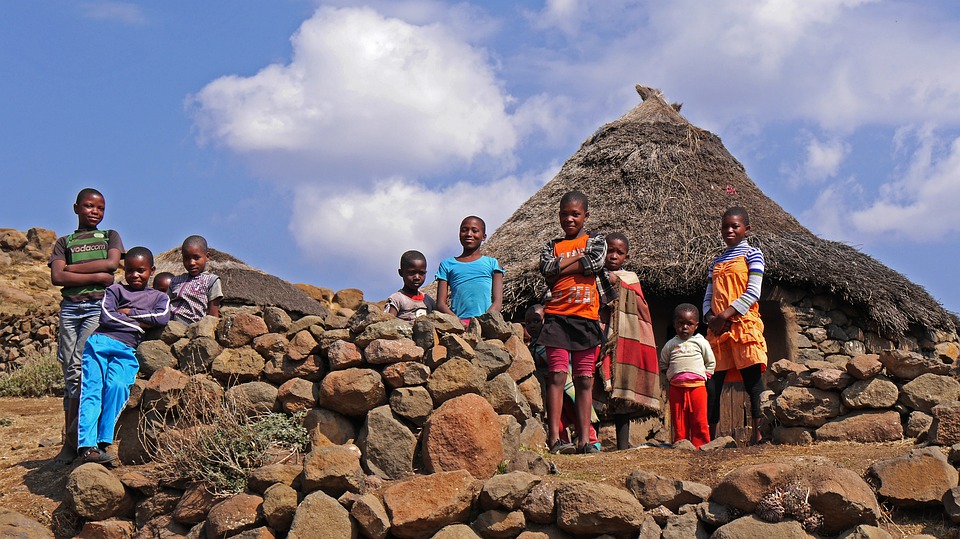 Firstly, having a national disaster risk finance strategy would help speed up response saving lives and livelihoods as it aids in formalizing policy priorities to address both budget mobilization and budget execution for disaster response. While COVID-19 cases were rapidly increasing in other Sub-Sahara African countries, the Government of Lesotho (GoL) swiftly declared a state of emergency in March 2020 before having even a single confirmed case. Lockdown measures were introduced, including limiting public gatherings and the closure of borders with South Africa, the regions’ epicenter with over a thousand confirmed cases at the time. This contained the spread of the virus and reduced its impact in Lesotho. Building on the GoL’s decisive leadership, early declaration of future emergencies could be coupled with the automatic mobilization of disaster funding and pre-agreed response plans that are directed by a national disaster risk finance strategy. This would remove the scenario where the GoL would need to develop response plans after a disaster has hit as was the case for COVID-19, resulting in a less coordinated and delayed response.

Secondly, increasing the amount and improving the timeliness of resource mobilization is critical to an effective response to disasters. Lesotho’s COVID-19 response relied on ex-post financing, including budget reallocation and development partners funding. Resources were mobilized largely from partners such as the EU ($5 million), WFP (~$5 million), IMF ($49.1 million), and World Bank ($7.5 million approved and an additional $50 million operation that is still under preparation). But while development partners' support is critical after a shock, both the size and activities to be funded can be uncertain and slow to materialize. In order to increase the country’s ownership and improve the timeliness of disaster response, the Ministry of Finance is exploring setting up ex-ante financial instruments. Options include amend the existing contingency fund managed by the Ministry of Finance with the inclusion of clear rules for replenishment and disbursement; explore contingent credit arrangements, and consider sovereign catastrophe risk insurance to cover severe disasters. The disaster risk finance diagnostic estimated that setting up financial instruments following a risk layering approach as illustrated in approach B in the table below would save the GoL $4 million on average, and $42 million for a 1-in-100 year disaster.

Lastly, mobilizing funding is not enough, it needs to reach those most in need by leveraging on existing systems or setting up new ones to identify and deliver assistance to affected households and firms. This makes strengthening budget execution systems for targeted support to affected households another critical element of an effective response to disasters. Building on past successes, the GoL decided to scale up their flagship cash transfer program (CGP) to provide financial relief to the poor in response to Covid-19. Given their high reliance on cash flow, lockdown restrictions due to COVID-19 are particularly harmful to micro, small, and medium enterprises (MSMEs), who are critical for job creation and economic growth. In Lesotho, they provide jobs for 118,130 people of which 48 percent are women. The GoL targeted matching grant assistance to MSME by establishing the ‘Covid-19 Private Sector Relief Fund’. However, due to challenges identifying and registering vulnerable MSMEs, the implementation of this much-needed grant suffered delays. The GoL now plans to establish a national registry of MSMEs for this data to be available in the future. In addition, the GoL is also considering establishing countercyclical funding instruments which automatically deploy financial assistance to vulnerable MSMEs in the event of future economic shocks. This would significantly reduce the time between the shock occurring and disbursement. Automatically scaling up the Partial Credit Guarantee Fund (PCGF) to facilitate greater access to credit for MSMEs impacted by future shocks could be considered.

Lesotho, a small landlocked state, remains highly vulnerable to compound risks. The Ministry of Finance is committed to strengthening their capacity to fund future shocks, with a view to alleviating their financial burden on the budget. Building on the lessons from the disaster risk finance diagnostic as well as the COVID-19 response, the Ministry of Finance seeks to invest in the plans, financing instruments, and delivery channels to strengthen the financial resilience of all Basotho to shocks. 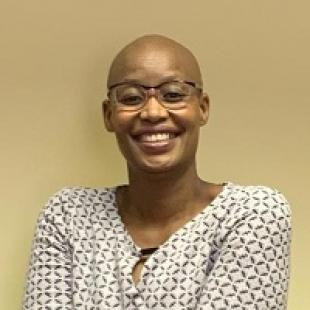 Mrs Maleshoane Lekomola-Danziger holds a Masters’ Degree in International Economics and Trade. She is currently the Budget Controller for the Government of Lesotho and has been working for the Ministry of Finance-Budget Department for over 16 years.

…
Throughout her career, she has served in the Public Financial Management field and currently her primary responsibility is to ensure that the budget management requirements are met and managed properly for all the government operations and activities.
Expand
Co-Authors

Barry is a senior financial sector specialist working in the Finance, Competitiveness, and Innovation (FCI) Global Practice based in Pretoria, South Africa where he coordinates the work of the Worl

…
d Bank on Crisis and Disaster Risk Financing in the Africa region.  Barry is a qualified actuary with experience in the non-life insurance sector, the carbon and renewable energy markets, financial inclusion, social protection, the MSME sector, and disaster risk financing. His career includes experience working with a Lloyds of London reinsurance syndicate, as a chief actuary in an insurance agency, and with the UN where he led the expansion of micro-insurance in the Pacific.  Since joining the World Bank, Barry has led the work on developing public-private sector partnerships to support agriculture insurance in Kenya, Bangladesh, Uganda, Rwanda, South Africa and India.  He spearheaded the work on developing financing strategies to support shock-responsive safety nets, which has now grown into a global portfolio in Africa, Asia and the Pacific.  He also provided technical support to actuarial work of Crisis and Disaster Risk Finance Global Team of the World Bank, including the financial modeling of the Pacific Catastrophe Risk Assessment and Financing Initiative, which provides Pacific Islands with insurance protection against tropical cyclone and earthquake events. More recently in the Africa region, Barry has been expanding the use of risk financing tools and principles in FCI and more broadly the Equitable Growth, Finance and Institutions Vice Presidency unit of the World Bank.  As countries emerge from the health and fiscal impacts of the Covid-19 pandemic, Barry is focusing on strengthening the resilience of key sectors for economic growth and job creation to shocks, including in particular MSMEs.

Alejandra Campero is a Consultant in the Crisis and Disaster Risk Finance team in the World Bank.

…
She works with governments in advancing policy dialog and developing customized financial solutions to improve their financial resilience to natural disasters and crises. She is also working with Financial Institutions Group and the Global Index Insurance Facility in the IFC providing advisory services to private sector stakeholders to expand inclusive insurance markets by using index-based insurance products. She has focused mainly on the Africa region with key projects in Mozambique, Malawi, and Lesotho. Prior to joining the World Bank Group, Alejandra was an ODI Fellow at the National Treasury of South Africa. She also worked as an Economist at the Central Bank of Mexico. She holds a Bachelor’s Degree in Economics from Instituto Tecnologico Autonomo de Mexico and an MSc in Economics for Development from the University of Oxford.
Expand