This statement, by Professor Cornell West, drives a more difficult question: how do we measure and support ‘commitment’ between social groups so that a relationship’s loyalty, love, patience, and persistence is fostered?

In conflict-affected and fragile settings, the fostering of inter-group relationships, particularly those between refugee and host communities, is critical to the prevention of violent conflict.  The cost of responding to violent conflict rather than preventing it is staggering. A recent joint United Nations-World Bank study found that a prevention approach in just five countries would save approximately $34 billion in lost gross domestic product per year. With the increased economic vulnerability of many countries due to the impacts COVID-19, preventing violent conflict, and its costs, is now more important than ever.

A critical challenge of forced displacement is the management of pressures on local host communities so that relationships with refugees are strong. There is global consensus that host communities often face enormous pressures particularly in relation to access to public services that increases their vulnerability. This can be a key driver/contributor to the outbreak of violent conflict. Therefore, to work towards achieving the $34 billion of savings per year, it is critical for both refugee and host communities, as particularly for the ‘commitment’ of the relationship between them, that public services are supported during a displacement shock. A commitment to adequate public service access informs part of a commitment necessary for the loyalty, love, patience, and persistence described by Professor West that fosters social cohesion and peaceful co-existence.

In Uganda, the World Bank’s community-driven development approach, via the Development Response to Displacement Impacts Project (DRDIP), shifts the paradigm of displacement response through the provision of critical public services in refugee-hosting communities . Under DRDIP, a new approach is supporting the government’s response to future displacement shocks: the Displacement Crisis Response Mechanism (DCRM – information leaflet here).

The DCRM is the Government of Uganda’s response to demands for innovative and government-led development finance that sees refugees as a development opportunity. The DCRM’s objective is to foster inclusion and cohesion within and between refugee and host communities by monitoring and maintaining key public service levels for both groups.

In Uganda, the DCRM supports rapid scale-up of public service provision in locations impacted by a refugee-related displacement shock. The DCRM is part of the WBG’s broader support to Uganda’s progressive approach to hosting the fourth highest number of refugees in the world and the largest in Africa.

The DCRM is based on the best practice principles of crisis and disaster risk financing. It is a pre-planned and pre-financed mechanism for shock response. The pre-planning consists of three key factors: First, the process of disbursing resources from the DCRM is agreed in advance.  The government selects indicators of public service provision that will be monitored over time. If the indicators drop below threshold levels, the DCRM rapidly and automatically disburses resources. Secondly, the public service investments to be made with DCRM resources are pre-agreed, and include the development of school, water and health care facilities. Finally, it is pre-financed with $4.5 million held in the DRDIP project allocated to make these investments. This pro-active, pre-planned approach represents a sea change from the status quo.

Clearly, the development impact of the DCRM will be driven by the accuracy and efficacy of the indicators the Ugandan government collects to monitor levels of public service provision. Accuracy is important precisely because exclusion of host and refugee communities from public services constitutes one sphere of multidimensional risk of violence driven by a range of complex and interrelated factors. With this in mind, the World Bank is supporting the Government of Uganda to adopt a variety of information gathering methods including perception surveys, civil society analysis, as well as the latest in innovation for data gathering and analytics. This may include use of artificial intelligence to interpret sentiment in public discourse before, during, and after displacement shocks.

Monitoring access to services and equitably and rapidly responding to pressure placed on them by displacement is a new concept for development finance but goes to the heart of ‘commitment’ envisaged in a healthy relationship between social groups. As part of the design, we have consulted colleagues in the field, government, and leading authorities on what best represents ‘need’, and what methods are optimal for measuring ‘need’ in data-scarce and fluid environments accompanying displacement. That said, we acknowledge the first iteration of DCRM implementation will require honing and adaptation. Consequently, the government, with support from the World Bank are adopting a careful, empirically informed ‘learning by doing’ approach.

Multiple low- and middle-income countries are facing increased risk of multiple and potentially simultaneous shocks that can mobilize group-specific grievances to violence. However, by considering the latest data modeling and artificial intelligence techniques, the DRCM seeks to develop a new approach to financing and implementing responses to displacement shocks. Fostering inclusive access to services when displacement shocks occur, constitutes a new and inclusive approach when and where it’s most needed: in support of Africa’s ‘example of solidarity’ with refugee communities.

You can find the original World Bank Group blog here. 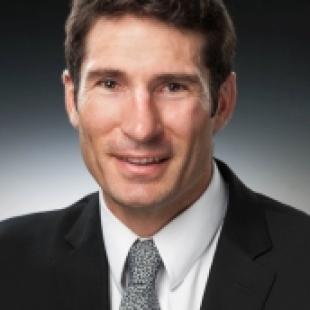 Chris Mahony is a lawyer and political economist.

…
He currently works on the utility of emergent data sources and methods to inform new financing approaches, particularly risk financing approaches, in the Finance, Competitiveness and Innovation Global Practice at the World Bank where he previously worked in the Independent Evaluation Group and the Governance Global Practice. He has served as Strategic Policy and Rule of Law Adviser and Global Focal Point on Transitional Justice at the United Nations Development Programme (UNDP) in New York and as Deputy Director of the New Zealand Centre for Human Rights at Auckland University Law School. He has taught Law or International Relations at Peking University, Oxford University, and Auckland University. In 2008, he directed the design of Sierra Leone’s domestic witness protection program. He was admitted to the bar of the High Court of New Zealand in 2006 where he appeared for the Crown in criminal and refugee matters. In 2003 he worked in Sierra Leone and Liberia where, amongst other work, he authored the Sierra Leone Truth and Reconciliation Commission’s recommendations on governance and corruption, and its ‘Historical antecedents to the conflict’ chapter. He holds a Bachelor of Commerce (B.Com) degree and a Bachelor of Laws (LL.B.) from the University of Otago, as well as a Master’s in African Studies (M.Sc.) and a D.Phil. in Politics from the University of Oxford.
Expand
Co-Authors

Barry Maher is a qualified actuary with experience in the Lloyds of London insurance market, the carbon and renewable energy markets, financial inclusion as well as disaster risk financing.

…
He qualified working for Liberty Syndicates, a Lloyds of London reinsurance syndicate, where he specialized in key actuarial functions including reserving, pricing, underwriting and capital management.  Following this he was appointed Chief Actuary at Parhelion Underwriting Limited, an insurance agency focused on climate change and the carbon and renewable energy markets, where he developed innovative insurance products to de-risk investments and so encourage capital flows into renewable energy.  Working more on the development agenda, he then undertook a role as a Microinsurance Fellow at the UN, working on financial inclusion agenda in the Pacific region, one of the poorest banked regions globally.  Since joining the bank he has worked globally on disaster risk financing.  Key activities include leading policy dialog and developing customized financial solutions with Ministries of Finance to improve their financial resilience to disaster shocks; leading the development of analytical tools which support Ministries of Finance in their selection of financial instruments, including insurance, to protect their fiscal position against disaster risk, and; leading the work the team is conducting on disaster risk financing for scalable safety net programs, which looks to develop mechanisms that enable social protection programs to rapidly increase assistance to the poorest and most vulnerable under disaster conditions.  Barry holds a Bachelors Degree in Actuarial and Financial Studies from the University College of Dublin and a Masters in Statistics from the University of Oxford.

Zewditu Haile is a consultant with the World Bank currently working on Uganda and South Sudan.

…
She is an African feminist lawyer with extensive experience working in Fragile, Conflict, and Violence (FCV) affected contexts in the non-profit, humanitarian, and development sector with a focus on forced displacement, refugee protection, human rights and atrocity prevention. Zewditu holds a Master of Laws (LL.M) degree in International Law from the University of Groningen (the Netherlands).
Expand