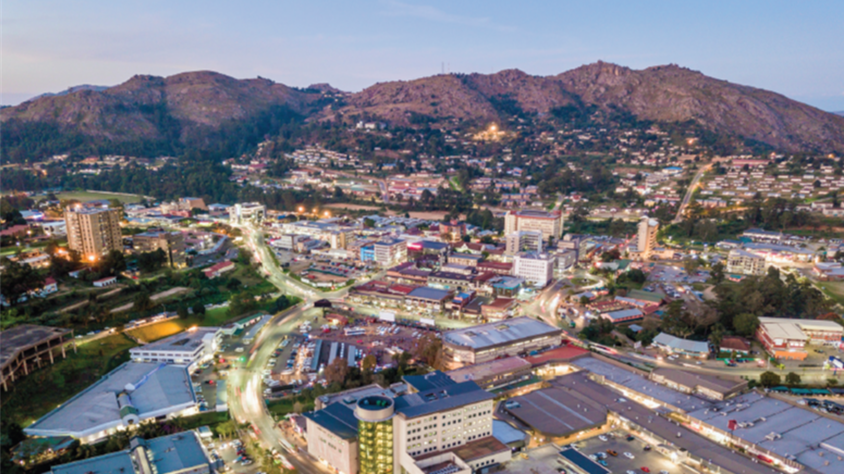 The vulnerability burden of small states

Small states are particularly exposed to the financial impacts of shocks, varying from natural disasters to the ongoing COVID-19 pandemic and man-made events such as the Ukraine war. The shocks disproportionally and recurrently affect small states due to their peculiarities. They have small populations and economic bases combined with geographically concentrated economies, which makes them particularly vulnerable to shocks. They tend to be geographically isolated, which creates challenges in mobilizing resources to respond to shocks. Furthermore, their growth trajectories tend to rely on few sectors (undiversified) or large neighboring countries. These dynamics highlight the central importance of strengthening financial resilience in small states when driving toward development and poverty alleviation.

Eswatini, a landlocked country within South Africa, reflects these challenges in Africa.  Increasingly, like many other small states globally, Eswatini is struggling to manage the impacts of compounding shocks that spike inflation, drain the budget and current account, impede GDP growth, and increase debt and fiscal deficits. To take a sobering walk back through time (Figure 1): in 2015/16, an El Niño drought led to one-third of the population facing severe food insecurity, cost the government 19 percent of its annual expenditure (equivalent to 7 percent of GDP), and spiked inflation to 7.8 percent. In 2018/19, drought continued to grip the southern Africa region, in particular South Africa, which drove customs duties in the Southern African Customs Union (SACU) upon which the government of eSwatini (GoeS) relies for revenue, forcing the GoeS to raise additional debt. In 2020, the global COVID-19 pandemic struck, to which the GoeS mobilized a significant response package, estimated at $67 million, or 1.5 percent of its GDP. Today, in 2022, as the war in Ukraine continues, Eswatini faces current account, reserves, fiscal, and inflation pressures. Each of these compound shocks depletes budgetary resources and draws civil servants’ time and attention away from service delivery toward crisis response. To push the poverty rate lower than where it stubbornly stands at 28 percent, strengthening financial resilience needs to become a priority. And it has.

The winds of financially resilient change

Emerging from the El Nino drought, the GoeS decided it was time to change. In March 2020, the GoeS requested support from the World Bank to conduct a disaster risk finance diagnostic. The diagnostic assessed the financial impact of shocks in Eswatini, the existing legal and regulatory structure for disaster risk management and response, and the financing approach for disaster response. The World Bank mobilized a team and crowded in resources from the Disaster Protection Program. The timing was (unfortunately) perfect—as the diagnostic began, COVID-19 hit the Africa region and the team observed the ability of the GoeS to finance shock response in real time.

The data uncovered confirmed that, like other small states, Eswatini faces challenges financing disaster response. Of particular importance in Eswatini, shocks devour (limited) fiscal space—an issue particularly acute for drought. Drought in Eswatini invariably means drought in South Africa, which experience has shown to lower SACU revenues. As revenue from SACU makes up nearly half of the GoeS’s revenue, droughts both increase expenditure and reduce revenue—the ingredients for a fiscal crisis. This was the case in 2016 when these dynamics led GoeS to increase debt to GDP from 13.9 percent in 2014 to 24.9 percent in 2016. Furthermore, although Eswatini’s currency is pegged to the South African rand, the high inflation triggered by rising food prices forced the Central Bank of Eswatini to increase the policy rate above the South African Reserve Bank policy rate in January 2017, increasing the vulnerability of the currency peg. The COVID-19 pandemic led again to a sharp increase in debt at 43 percent of GDP in 2021 up from 33.9 percent in 2018.

Exposure to shocks amid lack of financing instruments

Coupled with this acute fiscal exposure to shocks, the GoeS currently does not have any financing instruments in place to finance shock response and instead wholly relies on budget reallocations and ex post borrowing—a complete funding gap. The lack of financing capacity to respond to shocks was laid bare during the COVID-19 crisis when the GoeS had to rapidly seek funding from external sources to respond. To quantify the indicative financial benefits of developing a more comprehensive risk-layering approach to financing shock response, as part of the diagnostic the World Bank team conducted a monte carlo statistical simulation exercise.  Two financing strategies were compared (Figure 2):

The findings demonstrated the significant cost savings that small states like Eswatini can gain from a risk-layering strategy: $2 million to $6 million for frequent events (i.e., 1-in-5-year to 1-in-10-year events) and up to $26 million for more severe events. This analysis was of course indicative, and further technical work would be required to justify the adoption of risk financing instruments. However, it provides an important data point for small states in the Africa region regarding the benefits of adopting comprehensive risk-layering financing strategies.

So, what lessons can we draw from the Eswatini case for strengthening resilience in small states?  Immediately three come to mind. First, small states need to get serious about improving their financial resilience—compound shocks will continue to manifest and without focused action in this space small states will find themselves in a perpetual cycle of scrambled, manic shock response. Second, adopting a National Disaster Risk Finance Strategy is critical to force prioritization of scarce fiscal resources in shock response. Currently Eswatini does not have such a strategy (although they are in the process of developing one) and so when a shock occurs multiple stakeholders advocate for their sector to be prioritized for fiscal resources, which invariably means no sectors are prioritized. Finally, developing robust risk-layering strategies can reap significant financial gains for small states when financing disaster response. Multiple financial instruments can ensure that the government has sufficient liquidity available to mobilize a rapid response and so avoid the fate that small states can suffer when impacted by shocks (inflation, increased deficits, reduced economic growth).

This blog was originally published at the Brookings Institution. 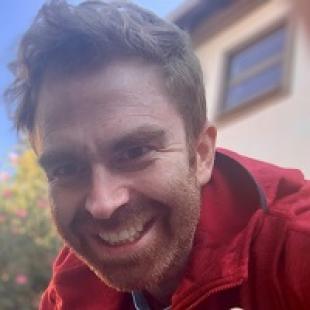 Barry is a senior financial sector specialist working in the Finance, Competitiveness, and Innovation (FCI) Global Practice based in Pretoria, South Africa where he coordinates the work of the World Bank on Crisis and Disaster Risk Financing in the Africa region.  Barry is a qualified actuar

…
y with experience in the non-life insurance sector, the carbon and renewable energy markets, financial inclusion, social protection, the MSME sector, and disaster risk financing. His career includes experience working with a Lloyds of London reinsurance syndicate, as a chief actuary in an insurance agency, and with the UN where he led the expansion of micro-insurance in the Pacific.  Since joining the World Bank, Barry has led the work on developing public-private sector partnerships to support agriculture insurance in Kenya, Bangladesh, Uganda, Rwanda, South Africa and India.  He spearheaded the work on developing financing strategies to support shock-responsive safety nets, which has now grown into a global portfolio in Africa, Asia and the Pacific.  He also provided technical support to actuarial work of Crisis and Disaster Risk Finance Global Team of the World Bank, including the financial modeling of the Pacific Catastrophe Risk Assessment and Financing Initiative, which provides Pacific Islands with insurance protection against tropical cyclone and earthquake events. More recently in the Africa region, Barry has been expanding the use of risk financing tools and principles in FCI and more broadly the Equitable Growth, Finance and Institutions Vice Presidency unit of the World Bank.  As countries emerge from the health and fiscal impacts of the Covid-19 pandemic, Barry is focusing on strengthening the resilience of key sectors for economic growth and job creation to shocks, including in particular MSMEs.

Marko Kwaramba is a World Bank country economist for Zimbabwe and Eswatini.

15 September 2017
Building resilience against drought: the case of Uganda

21 January 2016
The secret life of a World Bank actuary