I was recently at the Novafrica conference in Lisbon, where one of the keynote talks was given by Stefan Dercon. He based it around a newly released short book he has written with Daniel Clarke, called Dull Disasters (open access version). The title is meant to indicate both the aim to make dealing with disasters a dull event rather than media circus, as well as to discuss ways to ‘dull’ or reduce the impact of disasters.
Stefan started his talk by noting that disaster relief may well be the part of the whole international development and humanitarian system that is the least efficient and has had the least research on it. The book starts by noting the predictability of responses “every time a natural disaster hits any part of the world, the newspaper headlines ten days later can be written in advance: ‘why isn’t the response more coordinated?’. He gives the examples of the responses to the earthquakes in Nepal and Haiti, to Hurricane Katrina, and to Ebola as examples. But he then notes the crux of the problem “…The truth is everybody argues for coordination but nobody likes to be coordinated”.

It was interesting to hear his experiences of the political economy of disaster relief:

And also the behavioral economics of response:

From begging bowl to funeral society
Their biggest complaint is that the current system of international disaster response financing is pretty much abegging bowl approach, occurring post-disaster with no planning. Their goal is to have it be much more like an Ethiopian funeral society (or Iddir) in which financing is organized beforehand, there are simple rules for implementation and for payouts on clearly defined triggers, and no opportunities for procrastination and ex post strategic behavior. He argues that if a credible plan can be put in place, it can switch the default from “wait and see” to “implement the plan”, and that if leaders had to actively step in to stop cash flowing to predefined uses, the speed of response would be much better.

They give a couple of examples where such systems are already in place. The first is Kenya’s Hunger Safety Net Programme – in which about 400,000 pastoralists are registered. The poorest 100,000 get regular cash transfers in normal times. The remaining 300K then get payouts in times of drought, with the government contributing the budget for normal years, and DFID pre-committing to act as a reinsurer to scale up the payments in extreme years according to pre-agreed rules. A second example is Mexico’s FONDEN program, which was started after the 1985 Mexican earthquake and is a rules-based system to reconstruct public infrastructure like roads, schools and hospitals after disasters hit – with pre-disaster clarity on who is responsible for paying for what, and incentives for risk reduction. An evaluation of this program found it led to between 2-4 percent more local economic activity over the first year after a disaster. There also appears to be an impact evaluation of the Kenyan program, but this evaluation is not discussed in the book.

The book argues that there are now sufficient examples in place and financial instruments that have been developed that it is possible for concrete, coordinated, and credible plans on how and what to finance post-disaster to be put in place pre-disaster. In terms of how to overcome that political economy issues, their hope seems to be on leadership from a few key donors to change the incentives for others, as well as the possibility of making big public showy offers of support conditional on others providing co-financing.

The book is written for a policy audience more than for a research audience, and has a taste of the literature in each chapter, without trying to be comprehensive. It would be good to have more discussion of the different approaches and challenges for doing research in disaster situations – I think one of the core messages of the book – that there is a need for much more ex ante funding and planning, could also apply equally to funding and planning research on disasters – it would be nice to have pre-funded and pre-planned research programs in place that can respond quickly to particular types of natural disasters along with the suggestions made in the book from the policy response side. 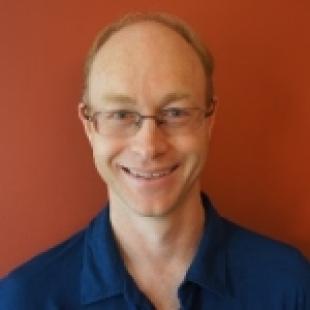